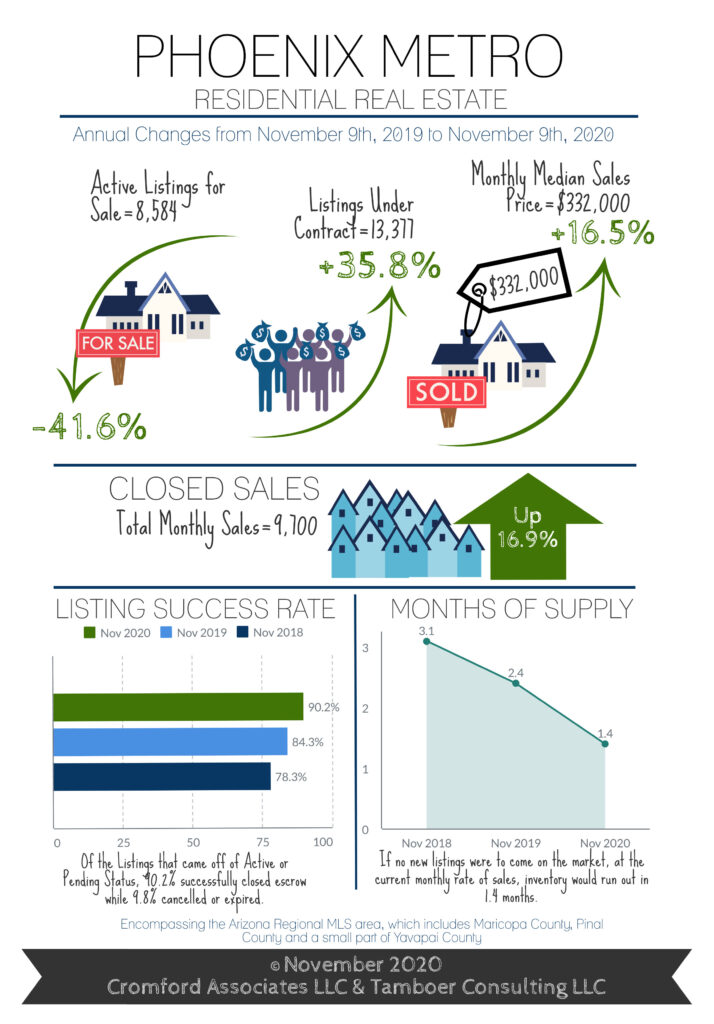 The real estate market of 2020 will likely go down as one of the strangest years in history.  That is saying something given the meteoric rise of 2005 and the catastrophic fall of 2008.  The pandemic hitting in March quelled the market for a few months – then released the normal patterns only time lapsed a quarter later.  Exemplifying this is the spike in the above 600K sales in August.  Typically the luxury market goes soft in the summer months as those with the most income tend to escape the summer heat.    Not this year.  Homes in the 600K+ range saw a rise of 17% in August!  Normally the stock market drives the luxury market – when wealth increases, purchases increase.  The 2nd quarter for corporate profits was far from stellar – with only a few exceptions (Amazon!) they were lower than any time in the last decade.

So why the spike in luxury purchases?  You can thank taxes and our California neighbors.  To quote Tina Tamboer of the Cromfort Report:  “The answer may lie in what’s been dubbed “wealth flight”.  Some states like California are considering increases in income taxes, corporate taxes and a new “wealth tax” in the wake of the pandemic. As a result, the threat of new taxes on already hurting balance sheets is enough for companies and their employees to make the decision to move. This, coupled with the work-from-home movement, is fueling demand in Metro Phoenix where taxes and the cost of housing are comparatively more affordable than other cities.  For buyers waiting for prices to decline, there is no indication of that happening soon despite apocalyptic predictions of another foreclosure wave; at least not while the Valley has a net increase in population moving to the area.”

Building has been much lower than our growing population warranted over the last 14 years.  Not surprising, given the overbuilding that occurred in 2005-2007 and burned many a builder.  But builders finally are responding as Tina further explains:   “However, last July saw over 3,000 single family permits filed; the largest number filed in a month since March 2007. This should provide some much needed relief for buyers and some added competition for sellers in the coming months. While exciting, this increase in new home permits is not alarming.  The biggest month recorded was July 2004 with 6,291 permits filed.

For buyers this may mean that relief is on the way.  But building takes time.  For sellers, currently they are the main game in town and may want to take advantage of this window of high demand, low supply.

Do you have a question about the market we didn’t address?  Please contact us – we are always here to help.